How to treat a sprained ankle? Use Traumeel

Research presented in June 2012 at the European League Against Rheumatism (EULAR) now declares : There is a natural alternative to NSAIDs 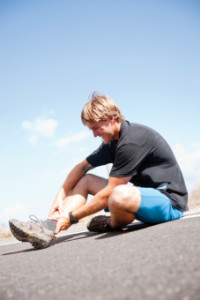 The TAASS study  involved 449 males and females with mild to moderate ankle sprain.

“TAASS is the largest randomised controlled study of its kind comparing the natural medication, Traumeel, with a conventional NSAID, diclofenac.  This study confirms that Traumeel (ointment and gel) is as effective as diclofenac gel and as such is an effective alternative treatment option for patients.”

”Ankle sprain is a common injury and without adequate care can result in chronic pain and instability. There are numerous studies to show that early assessment and intervention lead to optimal outcomes. Effective pain management is key to early mobilization and progressive rehabilitation of uncomplicated sprains. The TAASS study provides evidence for benefit of a natural safe product, Traumeel, in acute injury.”

Traumeel is for sale in our clinic on-line shop