I would like to invite my friends to exercise true scepticism when it comes to the topic of homeopathy. I hear you thinking “Huh? I thought you were annoyed with the sceptics?” Well, perhaps yes, but not in the way that you may surmise.

Despite it being widely used around the world, Homeopathy is an alternative form of medicine which sceptics love to attack and make comments about.

I admit that it’s mildly annoying when certain sceptics occupy themselves by making their witty anti-homeopathy statements. They seem to entertain themselves. But, it’s more than mildly annoying when our Australian National Health and Medical Research Council (NHMRC) issues a review about homeopathy which is wildly biased, and says there are “no health conditions for which there was reliable evidence that homeopathy was effective”. They seem to have considered the statements made by sceptics but it seems that none of the carefully written reports from the courteous homeopathy organizations have been considered.

It’s even more annoying to discover that the committee doing the review did not include anyone who had expertise in homeopathic research. However, the committee did include a member of an Australian group who are openly sceptical of homeopathy. This would seem a rather strange and biased way to conduct a review.

Instead of pretending to be only mildly annoyed about this when my well mannered profession is ignored, or treated unjustly, I must remember that this is nothing new. The history of medicine and homeopathy is cluttered with the remains of unnecessary criticism from both sides. Since homeopathy has been in use for more than 200 years there is a spring clean needed to clear the pathways leading to open dialogue. The more passionate that anybody becomes about their beliefs, the more difficult it is for them to put down their placards and exercise friendly open mindedness. I don’t use the word friendly lightly because after all, one of our sceptics organisations is called Friends of Science in Medicine (FSM) and one of our homeopathy organisations is called Friends of Homeopathy (FOH).

What’s the definition of friend?

There are some people with such a passion for science that they have become a member of the FSM. I am interested in those people who care so much about science. They are the ones I would like to invite to exercise true scepticism, when it comes to thinking about homeopathy. And what exactly does that mean? Surely a definition of true scepticism includes the ability to question and therefore perhaps even change your mind when different evidence comes to light. Call this open-minded if you want to. Friends listen to each other don’t they? They try to be open minded.

On the other hand there are sceptics who may say they are open to new information but they automatically react with negative criticisms when their assumptions are challenged. I don’t understand where their vehemence against homeopathy comes from, other than seeing them as pseudo-sceptics with bad manners. However, I can see that there are some other people who have a passion to uphold the scientific point of view. I do respect their passion and can see they have got their own good reasons to stay with their point of view.

And it gets me thinking. Our clinic right now is busier than it ever has been. Every day, what I see in practice is people choosing homeopathy out of informed choice, rather than ignorance — often after they’ve been through what is on offer from conventional medicine and found it lacking, or with unacceptable side effects. In these cases, people vote with their feet, just like over 200 million people worldwide, who use homeopathy on a regular basis. Interesting that our NHMRC report declared (I will repeat it) that there are “no health conditions for which there was reliable evidence that homeopathy was effective.” But 200 million people use it? Clearly, some part of the review process excluded the many surveys about why people continue to seek out homeopathy.

We are left with a problem. Homeopathy is in global use and people like using it. That part is easy to figure out but the hard part is figuring out exactly why homeopathic medicine works. This seems to be the nub of the problem, though we do have the beginnings of good evidence due to the work of Dr Luc Montagnier. He is well known as the virologist who won the Nobel Prize for discovering the Aids virus but he is little known as a supporter of homeopathy. He argues that water is capable of retaining some form of ‘memory.’ This has gone part way to explaining one of the most controversial features of homeopathy, being the dilution in water of medicinal substances.

Perhaps one day soon, scientists will prove beyond all doubt what the mechanism of action of homeopathy is, but in the meantime, because homeopathic practitioners keep seeing successful resolution of cases we have a duty to continue working with homeopathy as our patients demand. Where homeopathy is not applicable my colleagues and I send people to their local Doctor. No big deal.

Three challenges to my friends who are true sceptics

So, here are my three challenges to those true sceptics with a passion for science and for their own good reasons can’t yet find a place for homeopathy in their realm. 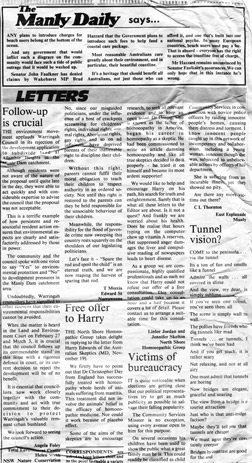 Sceptical of the sceptics

In the late 90’s, a challenge like this was given to sceptic Harry Edwards in a letter to the editor of our local newspaper The Manly Daily. We were replying after Harry had written many entertaining Letters To The Editor ridiculing homeopathy.

To our delight, Harry (being a true sceptic) took the challenge and he came along for a consult. Harry had the usual full homeopathy consultation. He went away surprised about the depth of questioning, careful taking of health history and attention to both physical and emotional details and he said, “Do you spend that amount of time with everyone?” I went away surprised that he didn’t really know much about the process of the consult and what homeopaths actually do.

At the time I didn’t think he changed his view on homeopathy, but he expressed thanks for the opportunity to have a dialogue. But now I wonder about that, after reading an article that has recently surfaced, written by Harry in 2000 titled Sceptical of the Sceptics where he says:

“Many people, for one reason or another, find themselves unable to cope adequately with everyday problems where emotions are involved. They are unable to stand back and view their situations objectively. They may not be aware of the many institutions, organisations and associations available to give them counselling so they turn to those who profess magical powers for advice and reassurance. Judging by the proliferation of psychic counsellors, clairvoyants, tarot readers, alternative health therapists and others of similar genre, the demand is there. One can only conclude therefore, that their clientele are satisfied with their services and are getting value for money. The success of Australian Sceptics in encouraging people to abandon those they so eagerly label “charlatans” is questionable…….Today, the association serves to embrocate the egos of a few members, and pander to the converted…”

Despite the changing nature of sceptics organisations over the years, these words from fifteen years ago carry a still valid message with Harry Edwards then at his literary best. Who else could have used the beautiful word ‘embrocate’ in the same sentence as ‘ego’ to describe other fellow sceptics and get away with it?

Fast forward to 2015, when the sceptics groups are campaigning with more than just a witty use of words. One of the positives from their current campaigns is a request for more evidence and more research, which is in parallel with FOH who have a vision for encouraging both research and freedom of choice in medicine. I am happy about a request for more research, because a grant should hopefully follow.

Imagine a future in Australia where there is an uncluttered pathway leading to grants, more research and collaboration between homeopathy, science and conventional medicine? To a small extent this happens in Australia as we speak but there are countries where this is happening already to a large extent. Witness the annual budget for the study of yoga, meditation, alternative therapies and homeopathy in India being $174 million. So let’s imagine a future in Australia where we are able to carry out the much-asked-for research about homeopathy. We could have a cutting edge, contemporary, healthcare system incorporating the best from both conventional medicine and homeopathic medicine.